With car buyers demanding a shorter dealership sales process, salespeople don’t have time to search for vehicle keys when prospects want to test drive a car.

Attaching lockboxes containing vehicle keys to the side of each vehicle appears to be a perfect solution: The key isn’t out in the open on a pegboard, and it’s kept close to the vehicle, eliminating the hassle of matching the key to the vehicle.

The problem is, while this solution is convenient for salespeople, it also makes it easier for thieves to steal vehicles. The thief simply has to smash the lockbox open to remove the key and drive off in the vehicle.

The Cost of Lockbox Break-ins 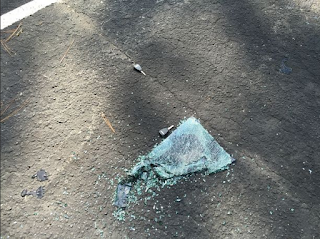 There have been several reported cases of lockbox-related thefts, and the costs are steep.

At a Wisconsin dealership, a man smashed in a car window and stole a lockbox containing the vehicle’s key. The damage cost the business $2,000-$3,000 to repair the window.

A dealership in Los Angeles was hit even harder, having more than 40 new cars stolen from an overflow lot over a two-month period. Thieves smashed open lockboxes and used the keys to steal the vehicles. Police said the suspects then took the vehicles for joyrides, used them to commit crimes, or stripped them for parts.

In Pennsylvania, a dealership suffered the loss of several Bentleys worth as much as $1 million total. The thieves picked the lockboxes attached to the Bentleys and removed the vehicle keys. To avoid being traced, they outfitted the vehicles with license plates they’d stolen from a nearby car rental lot.

If you decide that the risks of lockboxes outweigh the convenience, there is a better way.

A More Secure Alternative to Lockboxes

Storing keys with a vehicle, whether in the ignition or in a lockbox, is an unsafe and unreliable method of key control. To keep keys secure, they must be kept inside the dealership, ideally inside an electronic key control system placed behind locked doors. If a key isn't returned on time, the system can sound an audible alarm and send a text message or email notification, allowing you to immediately track down the key so salespeople won't waste time looking for it when they need it.

Convenience is important, but it must be balanced with security. Are you doing enough to secure your dealership's assets?

Tighten Your Dealership's Key Control to Help Secure Your Vehicles

Are Your RV Dealership's Keys Reasonably Secured Against Misuse?

Are Your Dealership’s Sales and Service Departments in Sync?